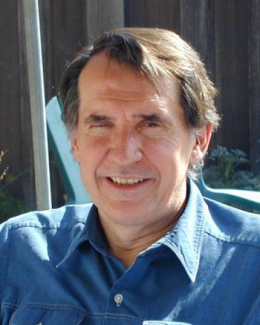 He joined California Institute of Technology as a Research Fellow (1974-75) continuing as Senior Research Fellow (1976-79) and then  Research Associate, 1979-81. He became  Professor of Radio Astronomy in 1981 and Professor of Astronomy from1990 to 2000. He was Rawn Professor, 2000-13 and then Robinson Professor, 2013-15. Since 2015 his is  Robinson Professor, Emeritus. Professor Readhead served in various administrative positions including Director, of the Owens Valley Radio Observatory, 1981-86, 2007-18,  Executive Officer for Astronomy, 1990-92, 2012-13; Director of Chajnantor Observatory, 2006-2011 and  Jet Propulsion Laboratory Senior Research Scientist, 2006-15. He is a member of the US National Academy of Sciences and the American Academy of Arts and Sciences.

Professor Readhead was elected as the first Honorary Fellow of the Institute of Astrophysics - FORTH in 2021.

The main areas of interest of Prof. Readhead are observational cosmology, especially the cosmic microwave background radiation, and active galaxies, with special emphasis on the central engines that drive them and the formation of relativistic jets. In carrying out research in both these areas he is particularly interested in developing state-of-the-art instrumentation.

Over the last ten years he led the Cosmic Background Imager (CBI) project in Chile, and this has now been superseded by the QU Imaging ExperimenT (QUIET) project at the same site. In Phase I, his group demonstrated the feasibility of using Monolithic Millimeterwave Integrated Circuits (MMICs) for making very sensitive observations of the cosmic microwave background, and is  now embarking on QUIET Phase II, with which they hope to detect the large-scale B-mode polarization radiation caused by gravitational waves interacting with the CMB. The detection of this signal would prove that the universe did go through an inflationary phase, reveal the energy scale of inflation, possibly pushing the clock back to 10-35 s after the Big Bang. The new radio laboratory in Cahill is working closely with JPL and Northrop Grumman Corporation to improve the sensitivity of the MMIC amplifiers.

The other side of his research involves the engines that drive the activity in active galaxies. His group, in collaboration with several others, developed the Very Long Baseline Interferometry (VLBI) imaging techniques that are in wide use today, and is using VLBI to study a carefully selected sample of blazars that are also being observed with Fermi-GST, and in addition we are observing the TeV sources being monitored by VERITAS. A program of 15 GHz monitoring of the light curves of ~1200 blazars on the Owens Valley Radio Observatory (OVRO) 40m Telescope twice a week is the most comprehensive variability study of active galaxies thus far and is providing key information on these objects.