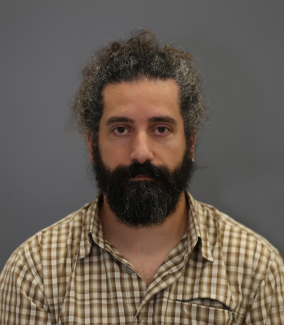 After completing his MSc, he served his military service (2007) and worked as a laser technician (2007-2009) at the Institute of Electronic Structure and Laser of the Foundation for Research and Technology-Hellas (FORTH, Greece). In 2010, he succeeded in acquiring funding from the State Scholarship Foundation of Greece that allowed him to obtain his PhD in Astrophysics in 2014. Then, he moved on to work as a Postdoctoral Researcher at the Astronomical Institute of the Czech Academy of Sciences (Czechia, 2014-2016), the Universidad de Valapaiso (Chile, 2017), and at the University of Crete and FORTH (Greece, 2017-2018). Since September 2018 he is employed at Institute of Astronomy, Astrophysics, Space Applications, and Remote Sensing of the National Observatory of Athens, while collaborating with the Institute of Astronomy (FORTH) and the University of Crete.

Observational Astrophysics, with focus on massive stars, X-ray binaries, variable stars, circumstellar matter, stellar populations in other galaxies, exoplanets. Other interests include Professional-Amateur networking and collaborations, and Openness in Astronomy.