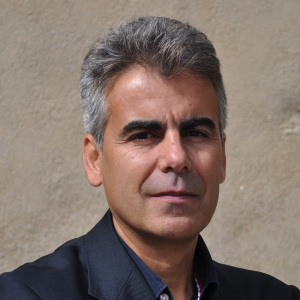 Dr. Jean-Luc Starck studied Physics in the University of Nice, holds a Ph.D from Nice Observatory (1992) and a Habilitation from the University Paris XI.

After a brief postdoctoral appointment at ESO, he joined CEA-Saclay in 1993 as a tenure researcher. Over the years he has been a frequent long term visitor of several institutions including ESO, UCLA, Stanford, the Flatiron Institute, and FORTH. In 2010 he founded and has been leading since, the “CosmoStat Lab” at CEA, an interdisciplinary research group, currently having 16 researchers. His group is performing cutting edge research at the interface between astrophysics, cosmology and statistics, with strong interests in applications for space missions, as well as developing close industry-academia partnerships. He has received the EADS prize of the French Academy of Science in 2011, as well as the 2018 Gruber Prize in Cosmology (as a member of the ESA Planck team) and the Tycho Brahe Medal of the European Astronomical Society in 2022. He is also member of Academia Europae (since 2021). Over the last 10 years, he has been awarded as Co-I or PI ~11MEuros in competitive research funding including an Advanced ERC. He has published over 300 refereed papers in astrophysics, cosmology, signal processing and applied mathematics, which have received more than 98,000 citations (source Google Scholar), and he is also author of three books.

In 2022 he was awarded a highly competitive ERA Chair in "Astroinformatics", in collaboration with the Institute of Computer Science and the Institute of Astrophysics and the Board of Directors of FORTH named him an "Honorary FORTH Fellow".

Jean-Luc Starck is a pioneer in the field of astrostatistics: Modern telescope facilities produce large amounts of data and require advanced analysis techniques to achieve their scientific goals. Thus astrophysicists have been increasingly relying on statisticians to develop sophisticated and mathematically robust methods to reduce and interpret their data.Currently he is mainly interested in various aspects of cosmology and he is heavily involved in the Euclid space mission of ESA, which will be launched in 2023.